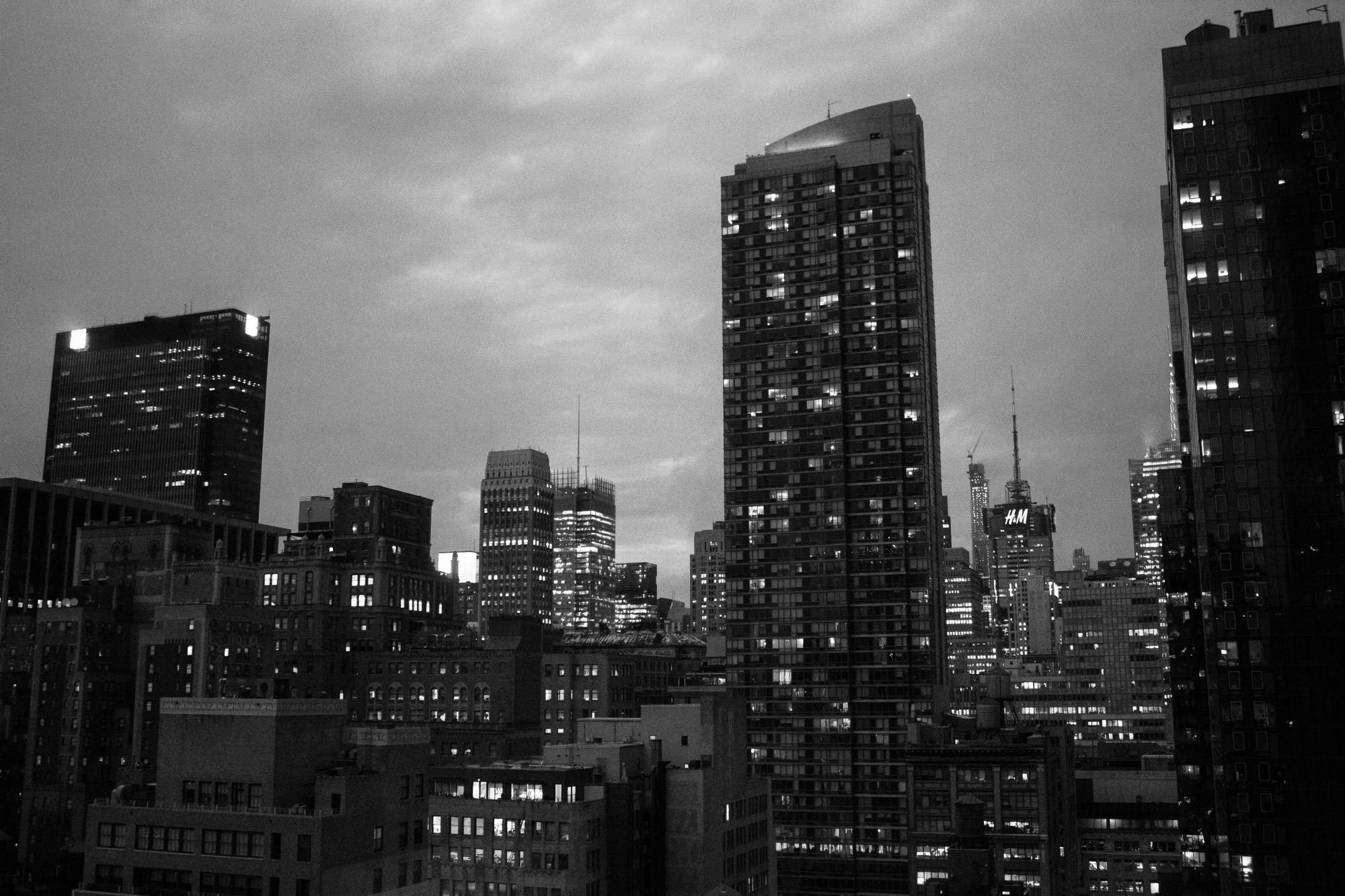 Hi there! Happy Thursday! I want to start blogging about trips Justin and I embark on, not just fashion and beauty because I feel as though travel has become such a big part of our lives ever since we started dating. So, for today, I want to throw it back to a trip we took to NYC in the fall of 2019.

It’s important to note this was my first trip to The Big Apple, so I’m not the person to ask about “the best places to visit in New York.” We didn’t get to touch HALF of what Manhattan has to offer, but Justin and I had such a blast on this trip, and we intend to visit again…and again…and likely again after that. I truly fell in love with this city the moment we left the airport and embarked on our journey through the concrete jungle.

We were told that Chelsea, Manhattan was a good neighborhood to stay in, so that’s where we stayed. However, after our trip was over, we decided we probably wouldn’t stay there again. It was far away from most of the things we wanted to do, and it didn’t seem to be the nicest part of the city. But maybe you already knew that.

Our hotel room at The Moxy was fabulous….ly small. Justin and I are not (and likely never will be) light packers. We had to constantly step over our heaps of luggage and use the bed to get from one side of the room to the other. New Yorker’s really make use of their space, let me tell ya. Complaints aside, we had an impeccable view of the city and I’ll never forget the smell of fresh flowers as you walk into the lobby of the hotel (and the birthday flowers I found placed on our hotel bed when we got there)! 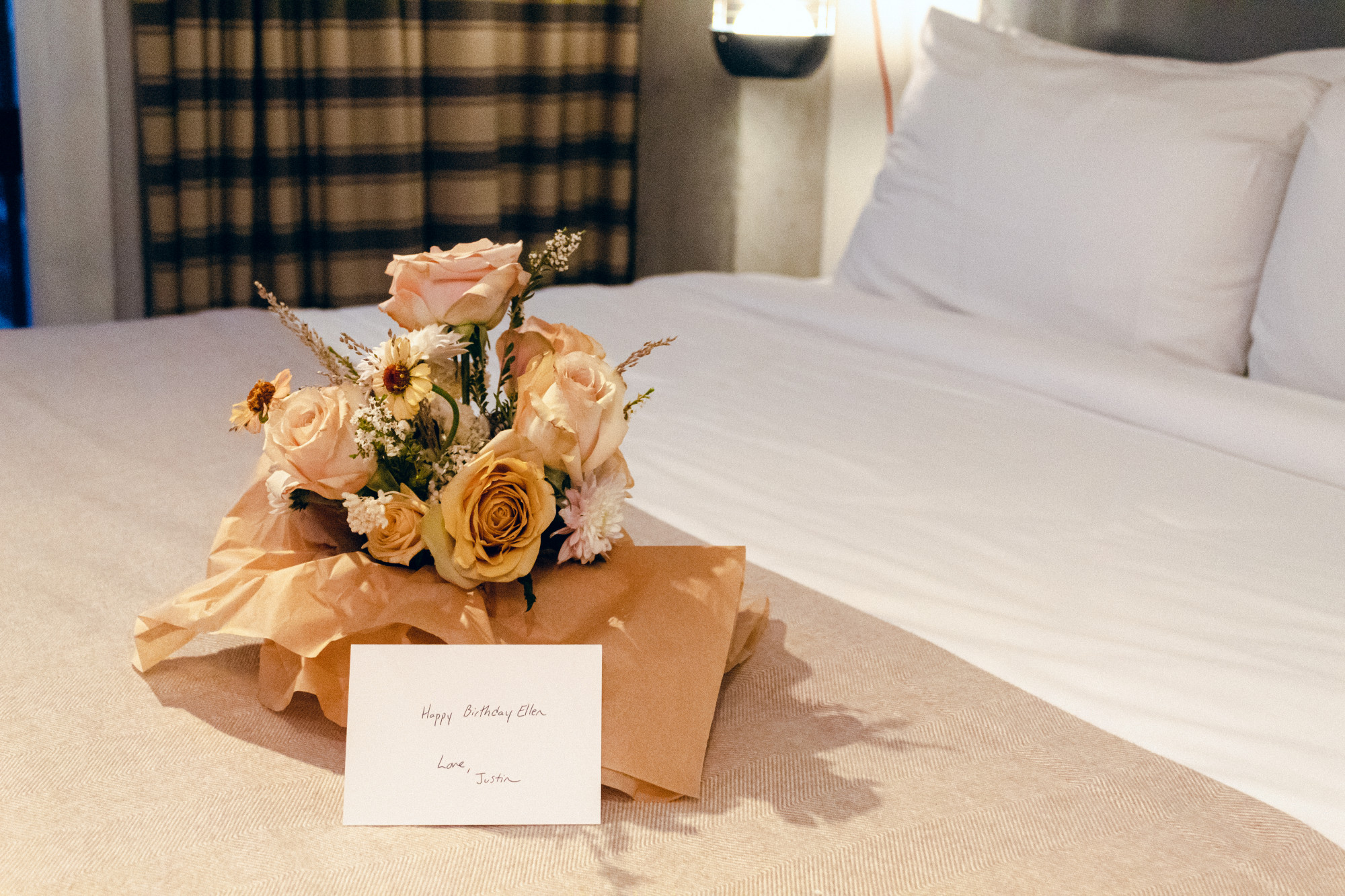 I purchased my first luxury item from Gucci on 63rd Wooster St. It was an experience I’ll never forget and the gentleman who helped me had the kindest soul. They also display your “bill” in one of those booklets that waiters use; you know, like the black little books that has your check? Yeah, that thing. It was a high-class experience, as it should be! 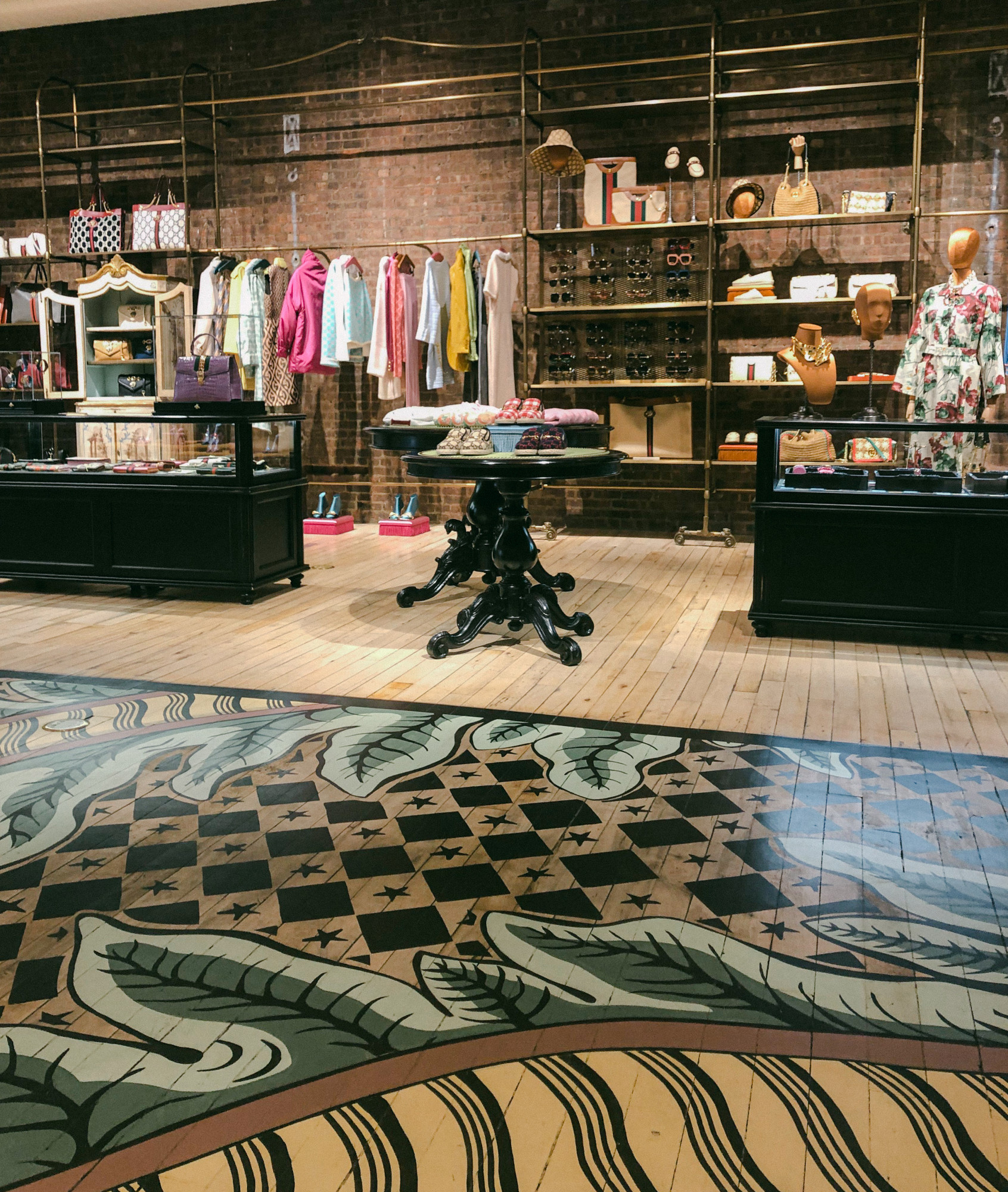 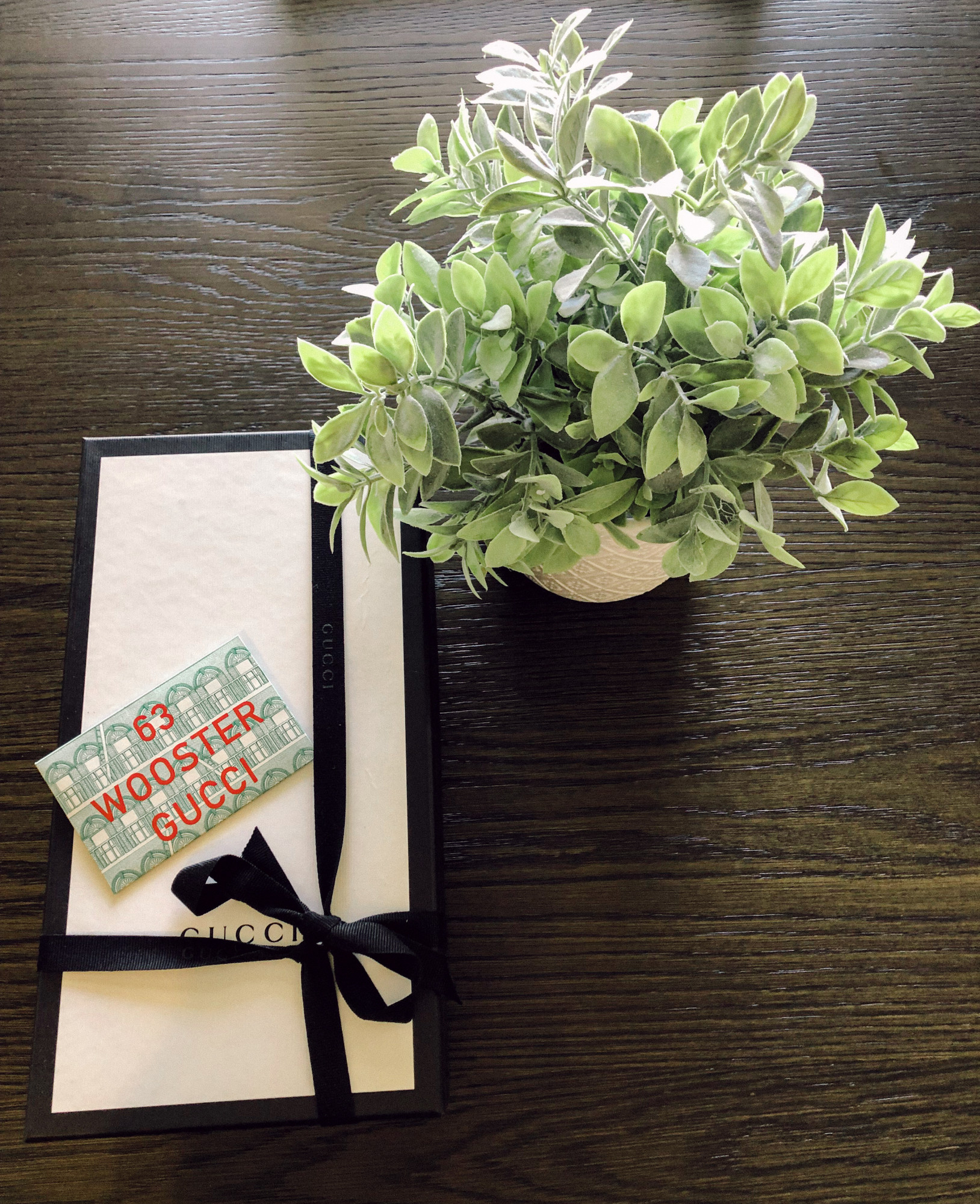 The focus of our trip was The Jonas Brothers concert at Madison Square Garden and that was a time we will never forget. Kevin, Joe and Nick know how to put on a show, and I would relive that night over and over again if I could! Justin was smashed between me and another raging fan, but he enjoyed his time just as much as the hardcore fans did. It was Iike I took a trip to the year 3000 with my love bug. 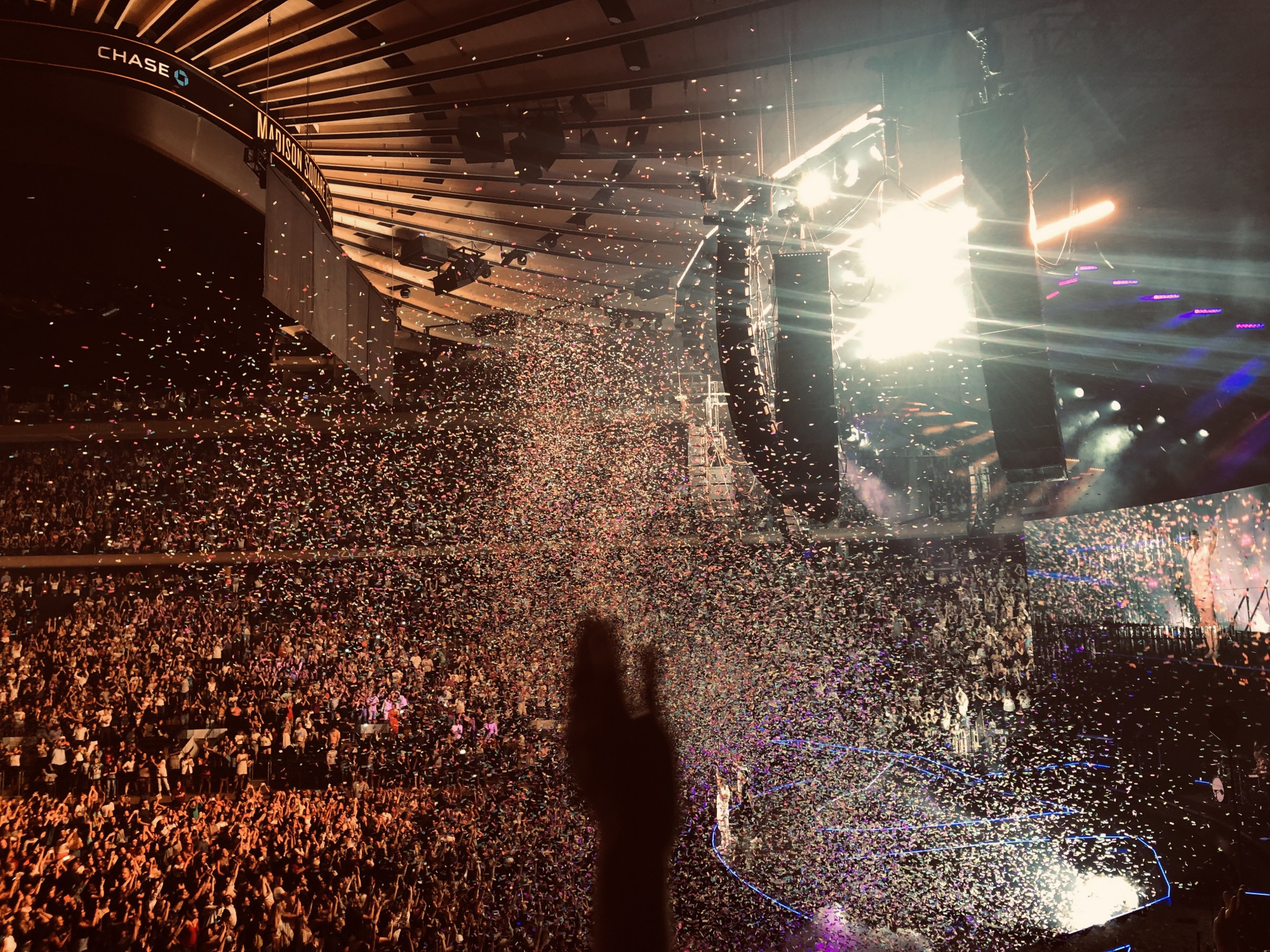 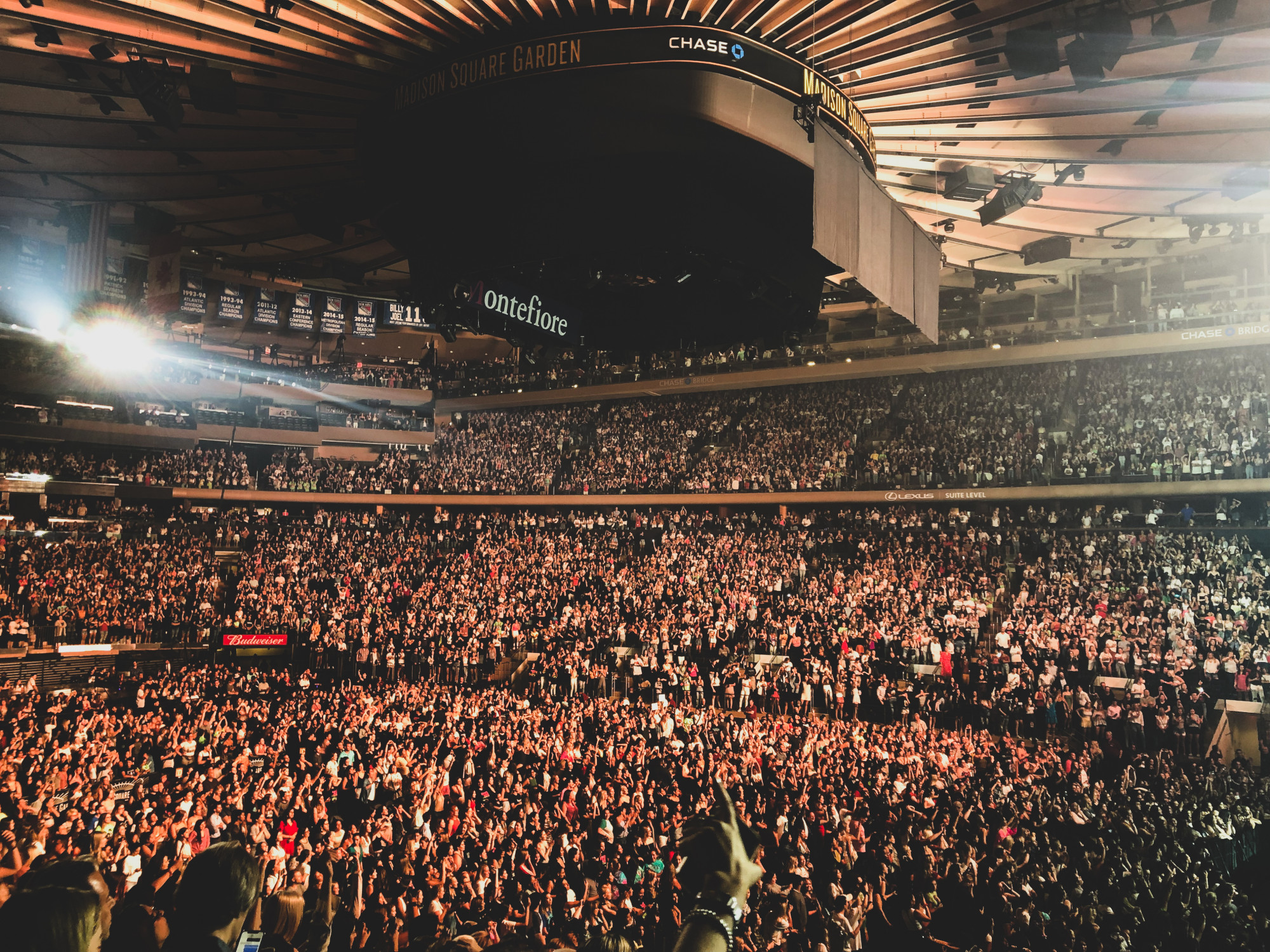 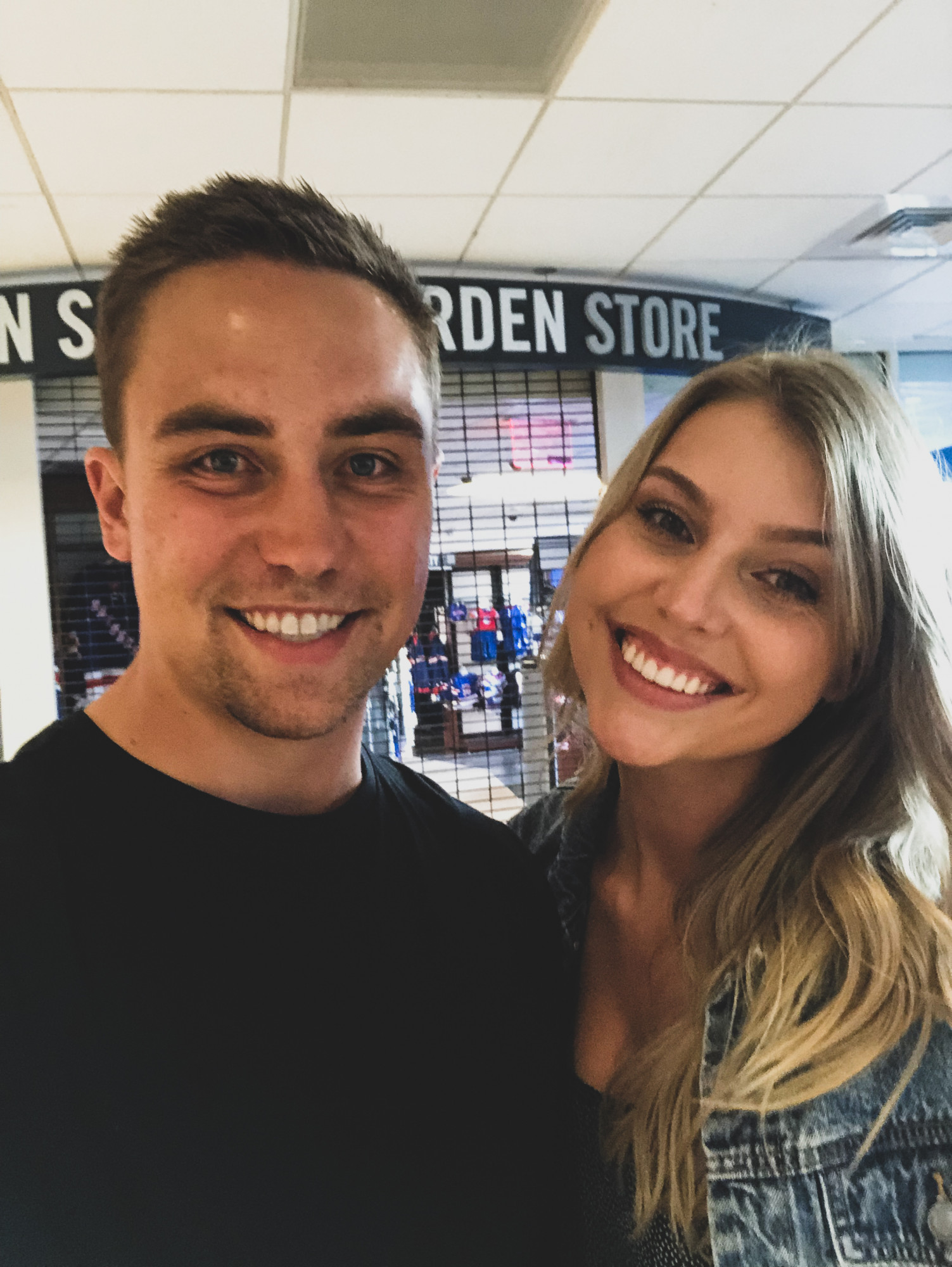 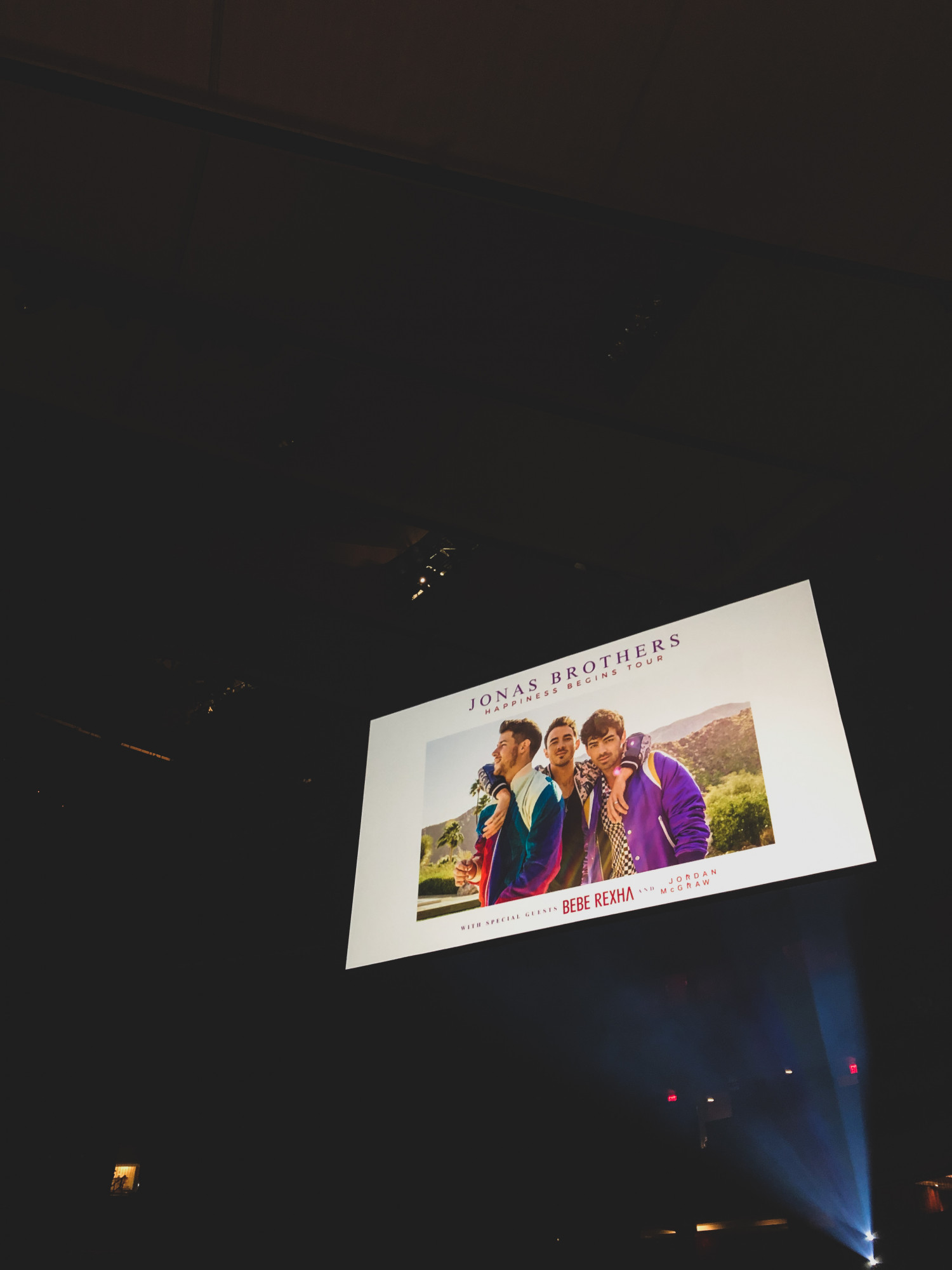 We spent the entire trip exploring, shopping, eating, drinking, and walking. We did a ton of walking. A. TON. But luckily, we were there when the weather was warm, and we wanted to be outside…except for when we were sweating every ounce of body fat while waiting for the subway, or the train (as the locals call it).

One day, we were rushing to catch our train when a family with a stroller decided to cut me off in the subway station. It was like a scene you see in the movies…the train doors closed with Justin on one side and me on the other. We were both alone in the heart of New York City. Did I panic? Of course. Did our cell phones work? No. Not until Justin was off the train and had service. I kept my cool and acted as though I had everything under control. I can’t act like a tourist; I’ve got to “know what I’m doing.”

Finally, after what seemed like an eternity, Justin called me and I was told to board the “B” train, whatever that meant. So, I waited. Once my train arrived, I stepped on, coffee in hand, took a seat, and minded my own business. In the end Justin and I reunited, and I think I was more excited to see him in the sea of New Yorkers than I was walking down the isle on our wedding day. That day, I learned that the subway waits for no one. 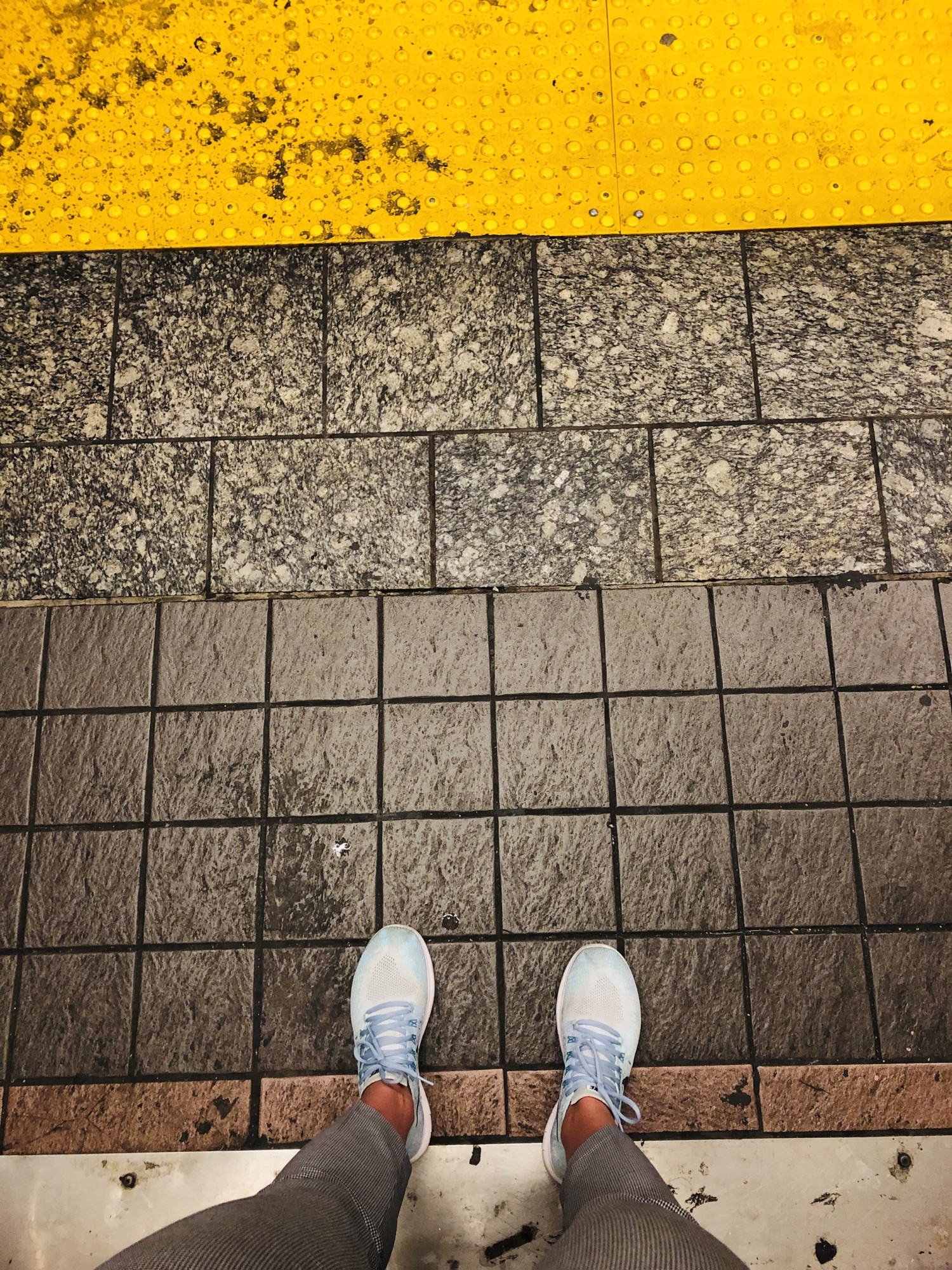 NYC has a special vibe that I haven’t experienced anywhere else. Justin and I are die-hard city people, and this magical place felt like a second (but bigger…way bigger) home. Maybe one day we’ll find ourselves renting an apartment there. That’s the dream, anyway! 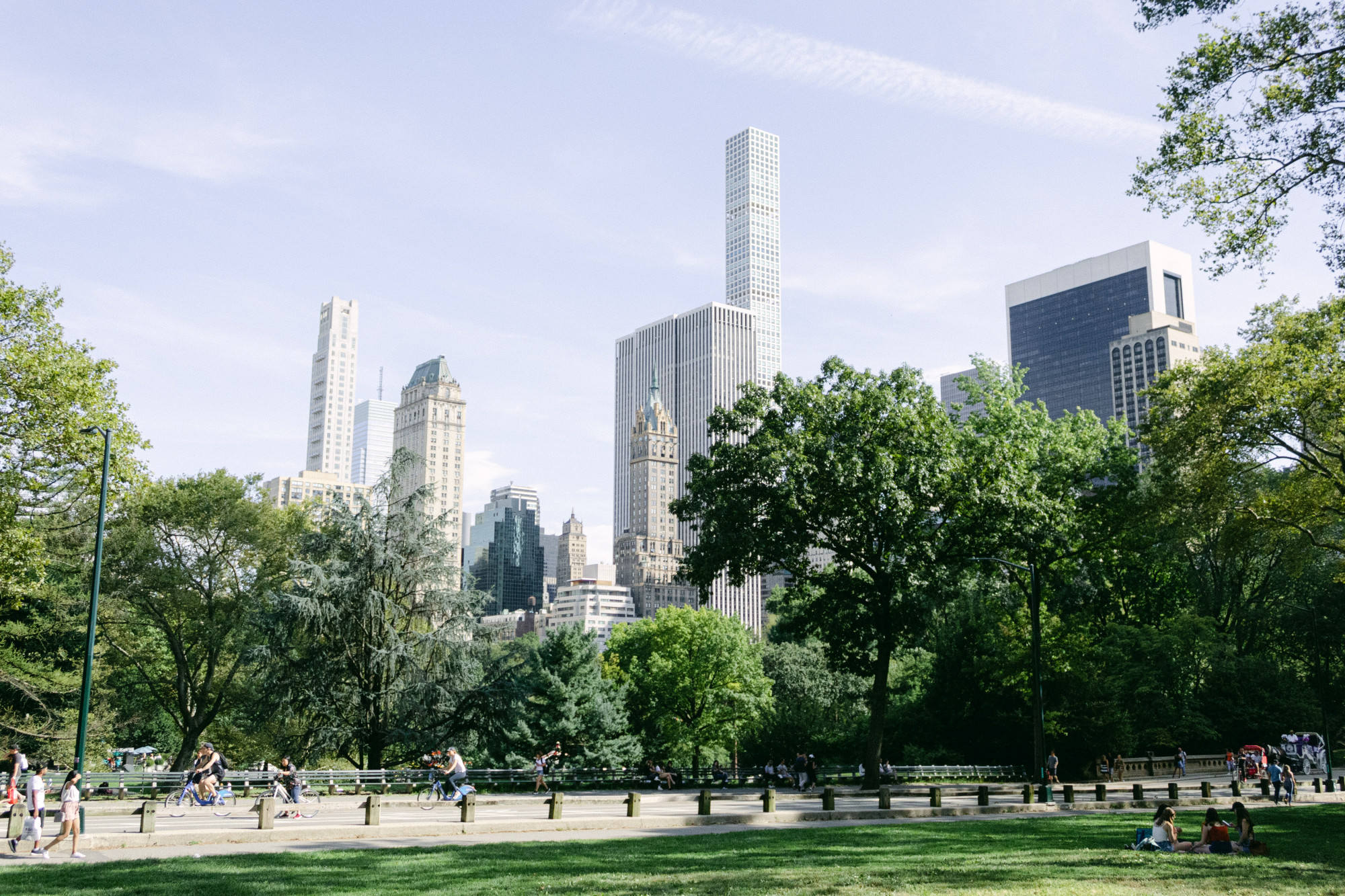 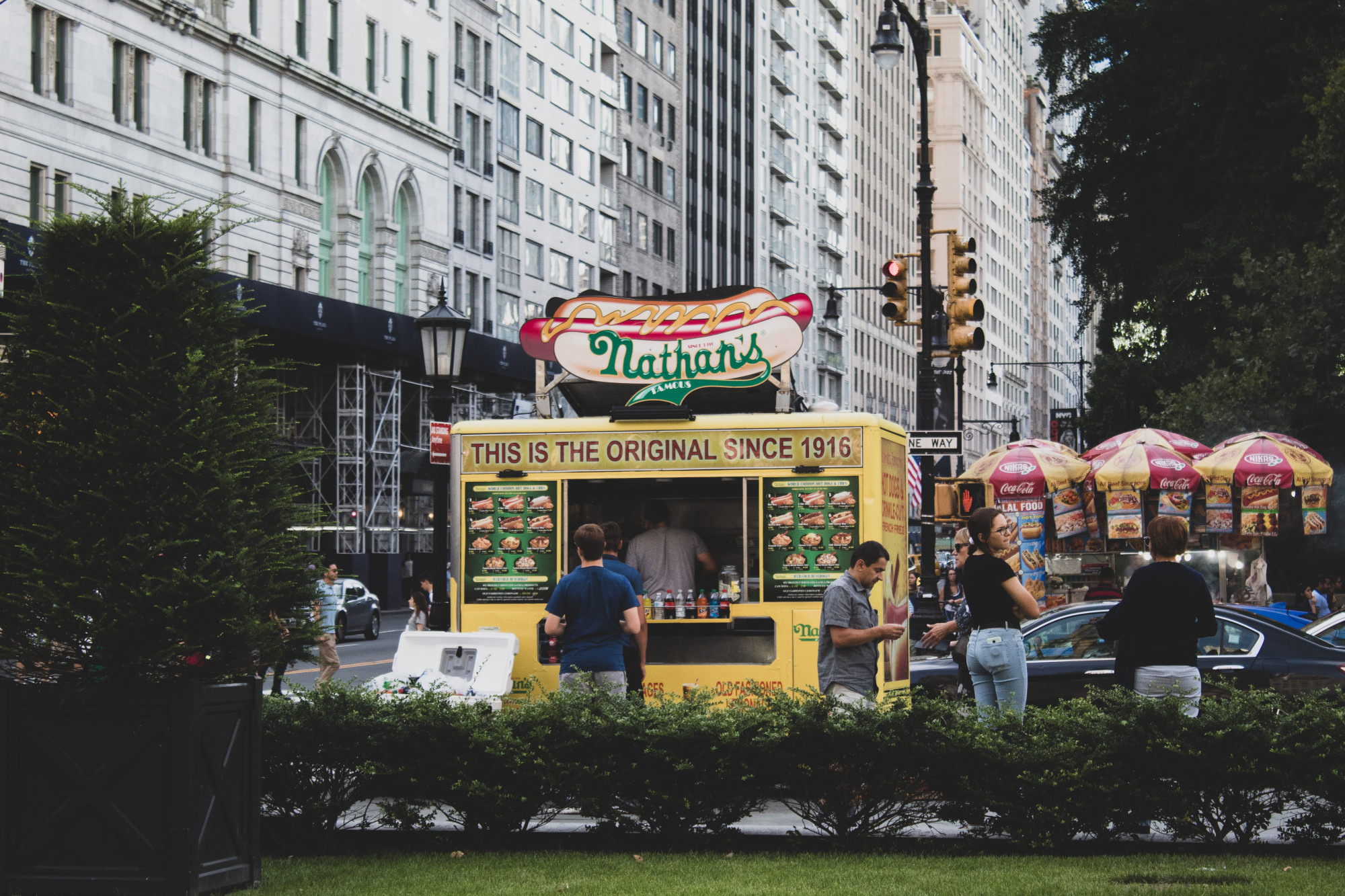 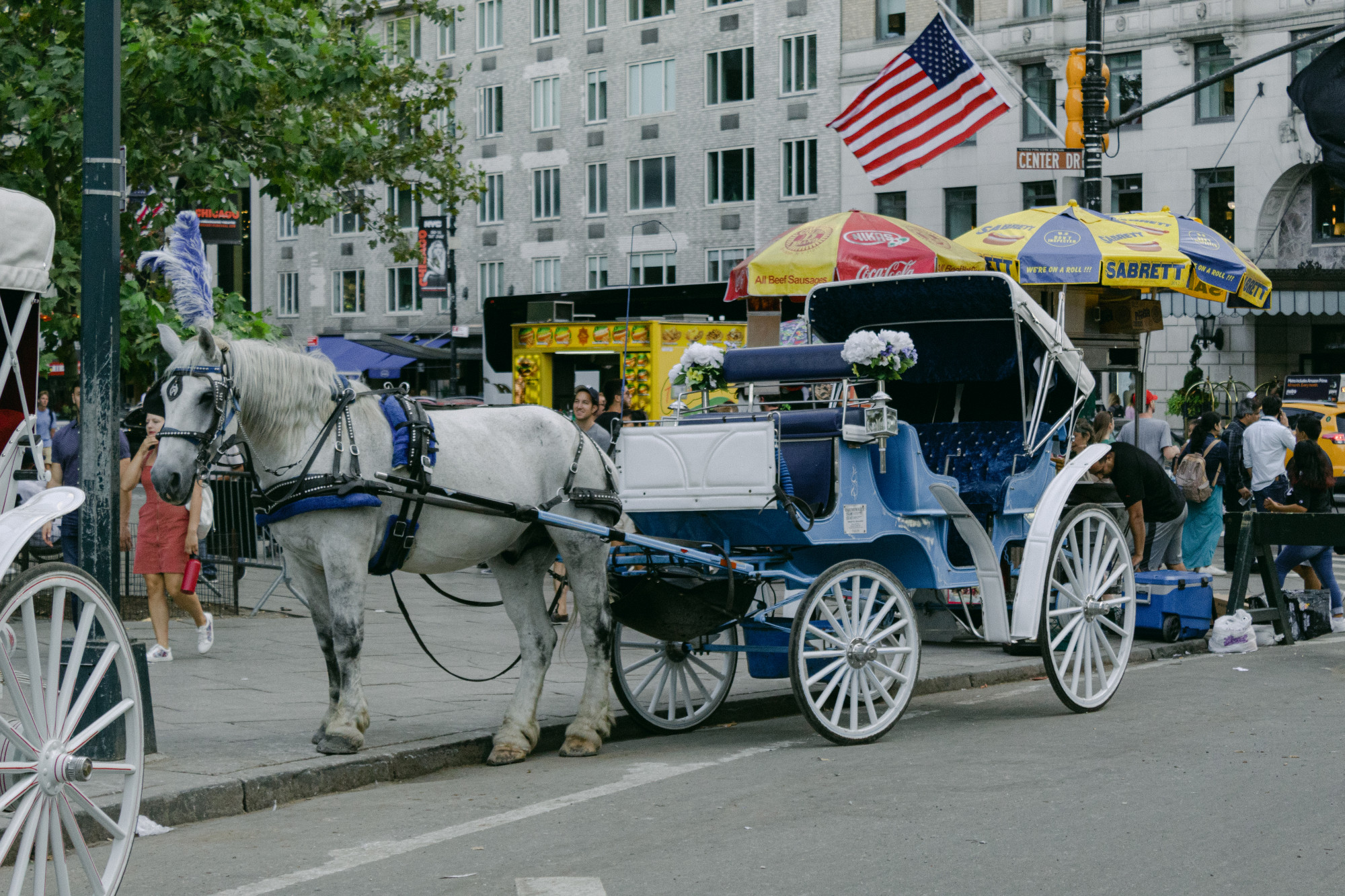 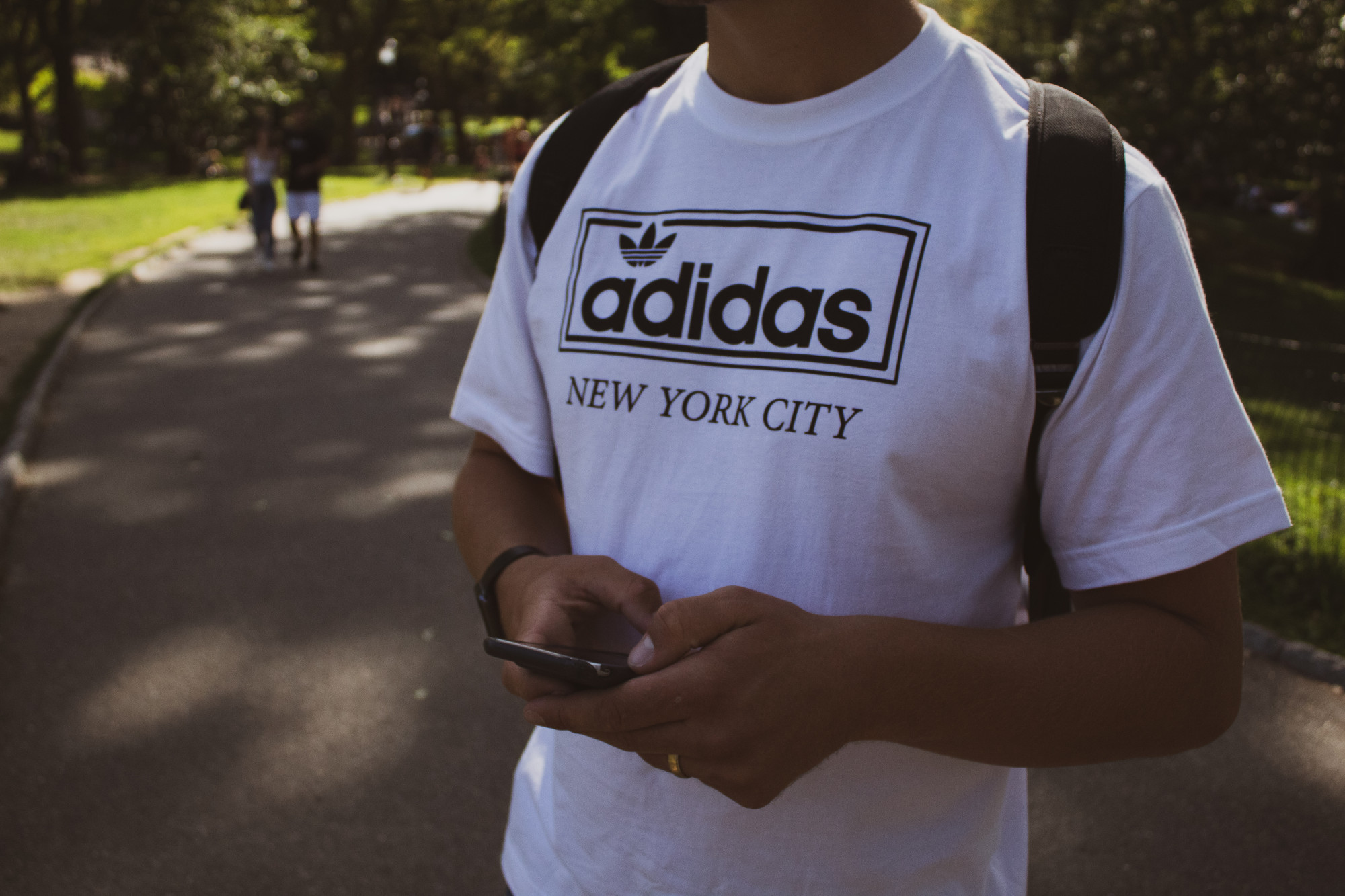 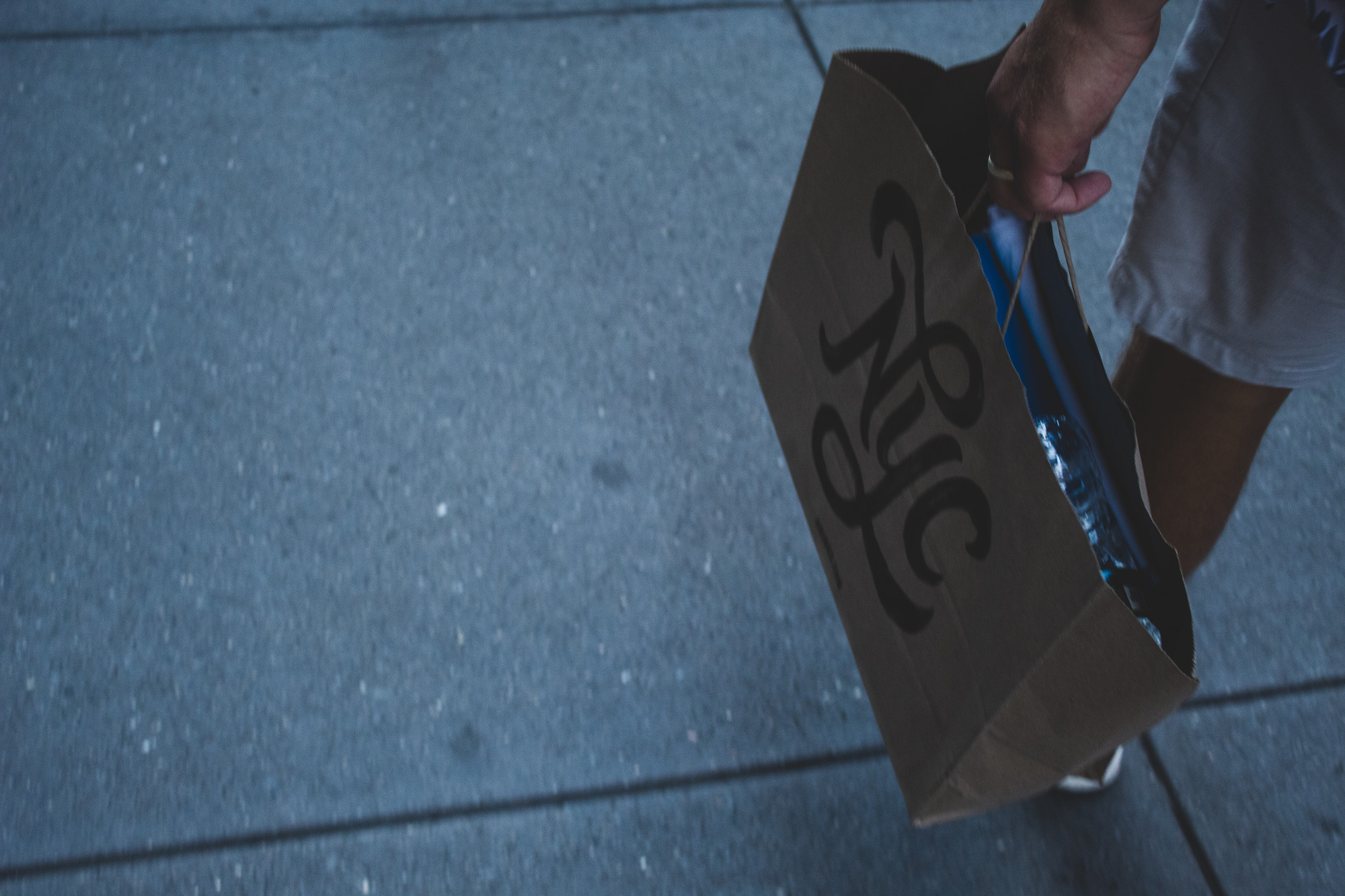 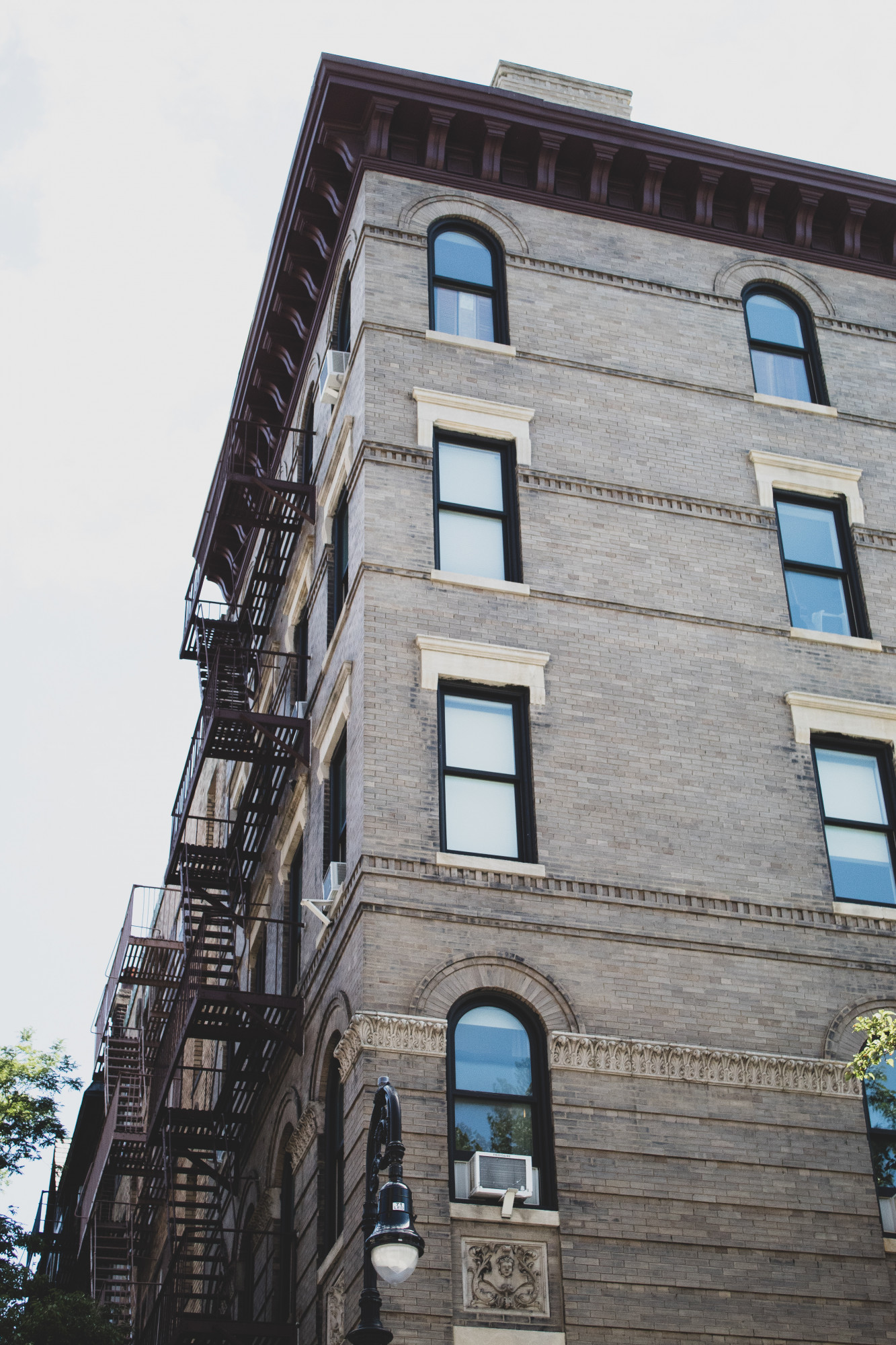 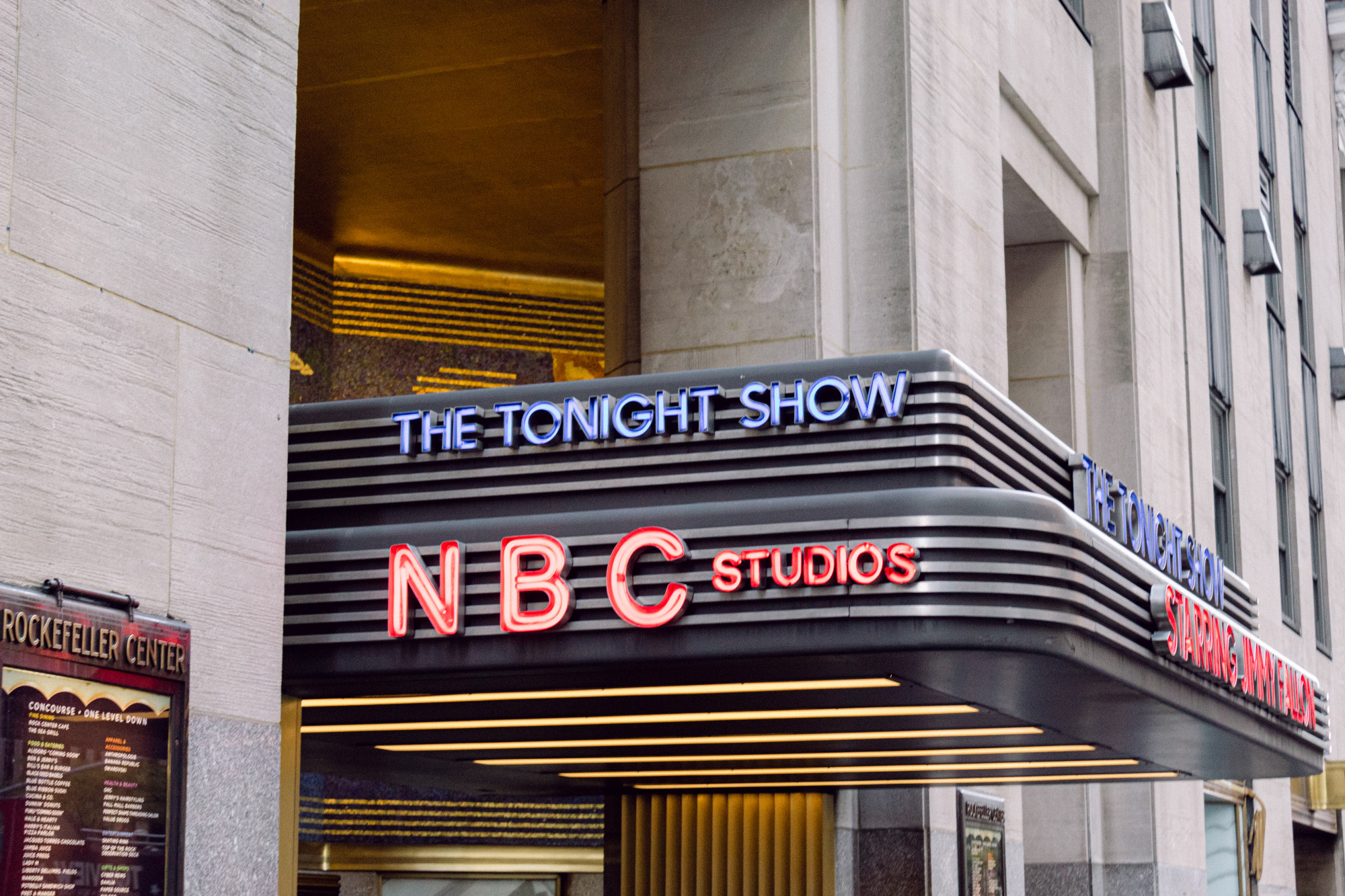 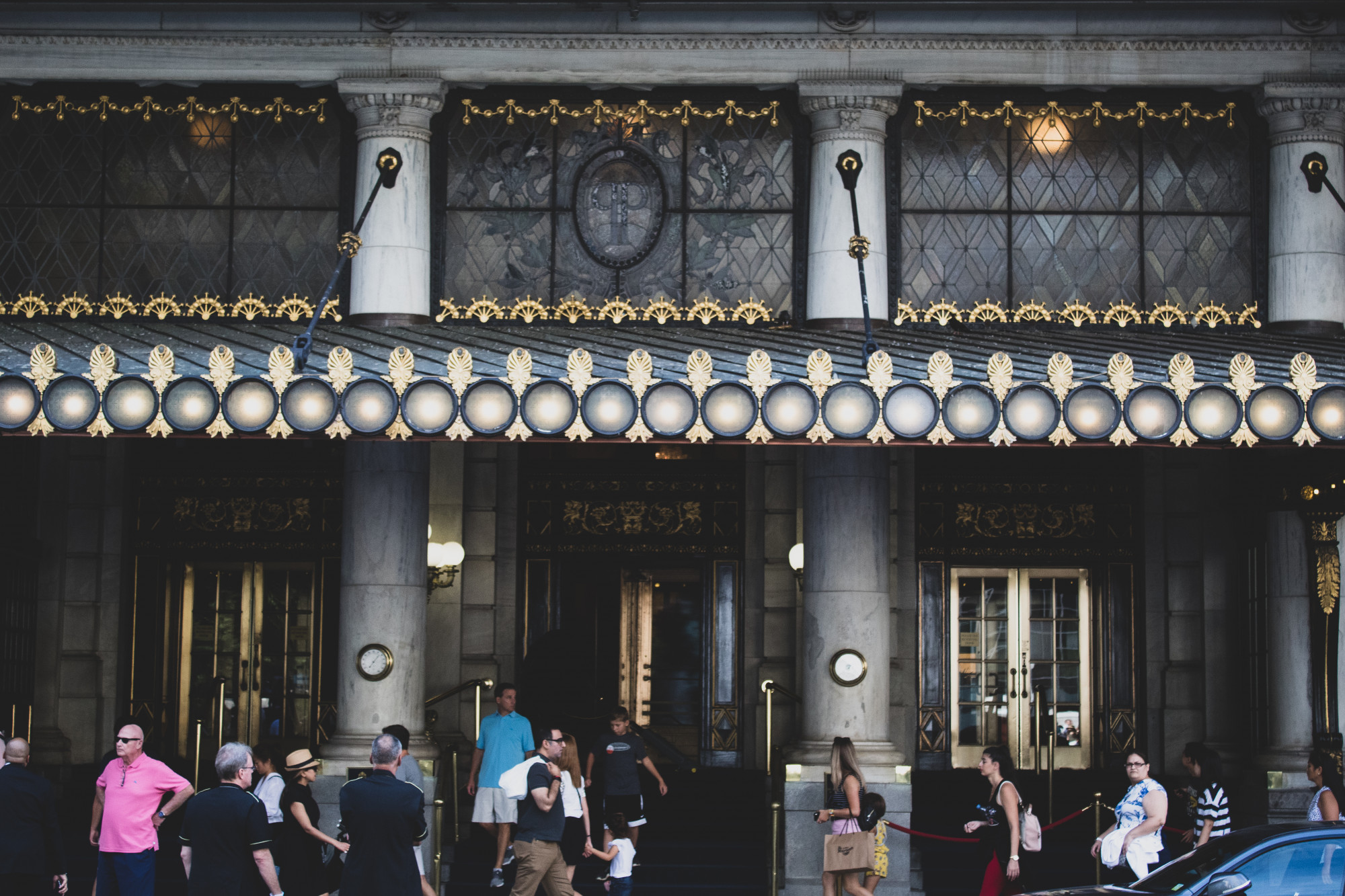 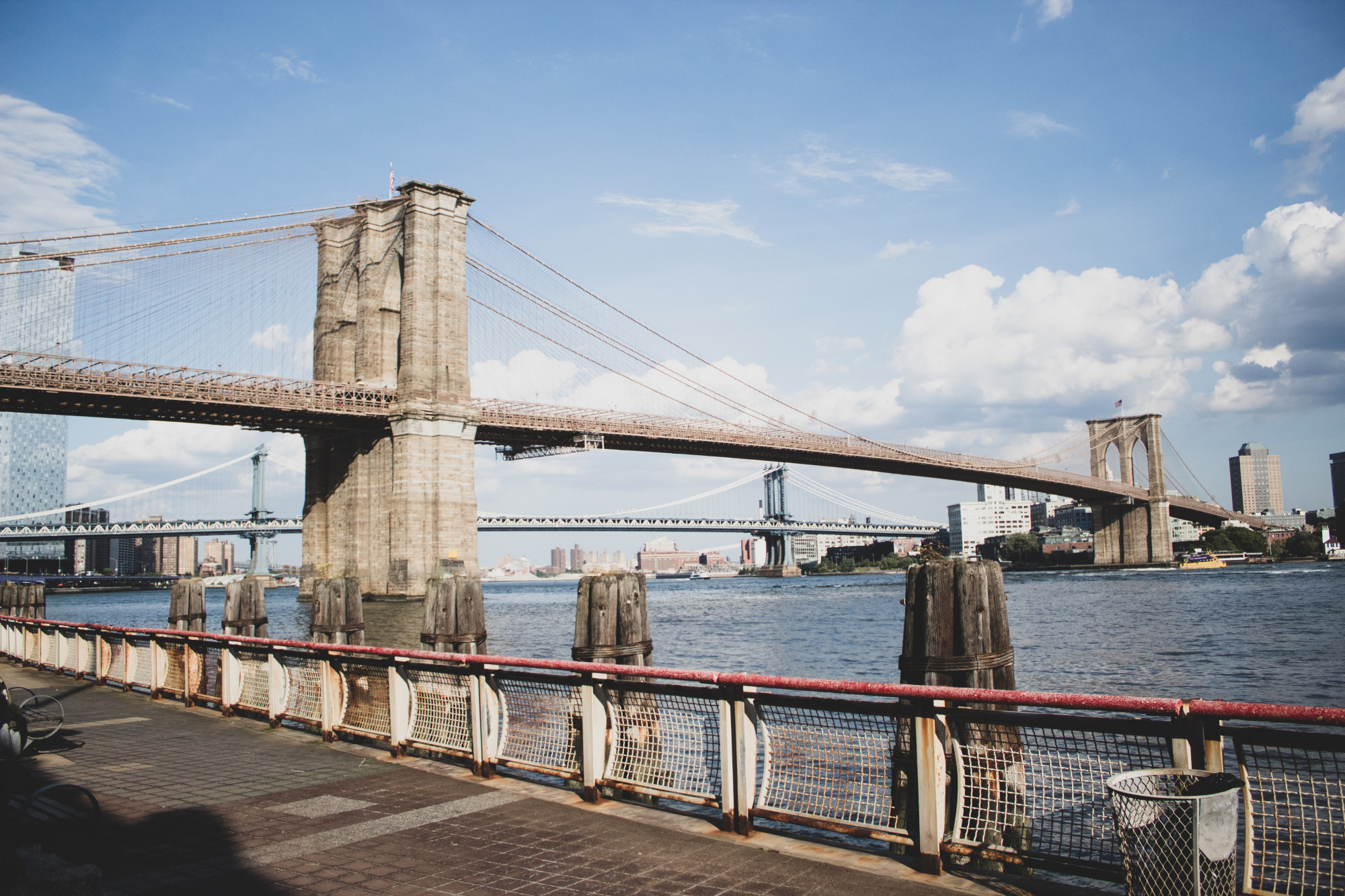 If you’re thinking you should go to The Big Apple… go. Go now. And let me come with you! I can’t wait to go again and explore even more of the city and make more memories. Have you ever been to New York? What’s your favorite thing about the city? And what should we be sure to do next time we go?! Let’s have a convo in the comments!

Subscribe for weekly posts and to easily shop my looks!